Manny: Growing Up in a Family with Mixed Immigration Status 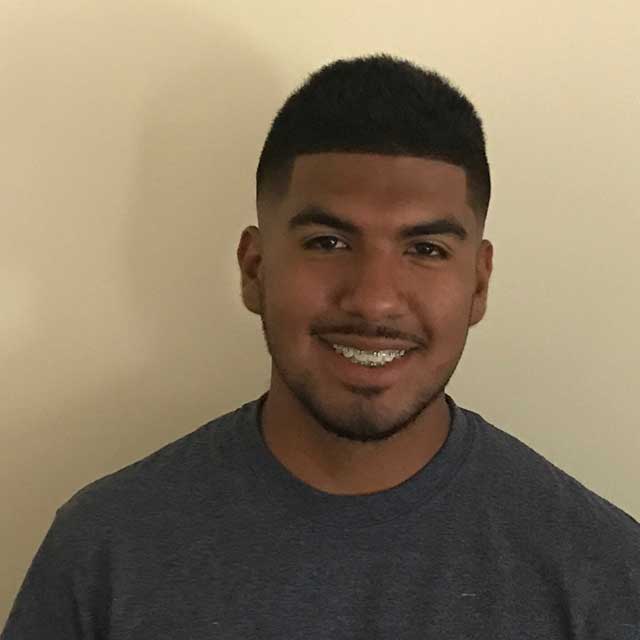 Takeaway: Manny's parents have mixed immigration status. One-on-one help from a counselor was the key to completing the FAFSA.

“My parents are mixed-status, which means their immigration status makes it hard for them to get work,” explains Manny.

“My uncle opened a restaurant in Kentucky, so we moved from California so my parents could work there. My mom talks about how her life would have been a lot different had she finished college. She was in a university in Mexico, but didn’t finish. My dad didn’t have the option of school.”

Manny says, “My parents always bring up how they want me and my brothers and sister to be in a better position than they’re in now.”

One of Manny’s teachers sophomore year made him realize college was possible. “I was falling asleep in his class because it was easy to me. He said, ‘Why don’t you switch into my AP course?’”

“At first I didn’t want to. I don’t know, I guess I didn’t think I would fit in. I didn’t feel like I was that smart and I would get judged. He helped me through it. I just had this barrier about myself and what I could really do.”

Manny realized he wanted to go to college and started taking as many AP classes as he could.

Getting financial aid with mixed-status parents

“Our college resource teacher, Dr. Carmichael, started talking about FAFSA to get financial aid. She was tweeting about it, putting flyers up and telling kids to fill it out,” Manny recalls.

“Different people started saying they didn’t want to worry me, but that filling out the FAFSA could put my parents on the map because of their immigration status.”

Manny decided to talk to his parents. “I sat down with my mom and dad and told them, if I do this, it could potentially let it be known to whoever that this is who they are and where they live.”

“I thought about what would happen to my family,” says Manny. “I have two younger siblings that live here in the house. If something happened to one of my parents, how would it impact them?”

But his parents gave him the courage to move forward with his goal. “My parents said, ‘If something is going to happen, it is going to happen.’ And if something did happen to one of them, they wanted it to be for this. They gave me the green light so I could continue applying for college. They are 100 percent behind me.”

Worries after being selected for verification

“I got the income documents I needed from my dad,” Manny remembers. “I had a study hall period, so I filled out the FAFSA http://californiahomehealthcare.org/generic-viagra/ myself there.”

“Different people started saying that filling out the FAFSA could put my parents on the map because of their immigration status.”

“I made two logins — one for me and one for my parents. I filled in my dad’s stuff, and then I filled out mine because I file taxes too. Soon after, I got the email confirming I’d completed the FAFSA.”

But then, Manny got word from the college he’d applied to that he was selected for verification. He’d have to provide extra paperwork.

Manny immediately went to Dr. Carmichael and explained the situation. “It got very stressful. I had to provide tax transcripts for my parents’ income. That was the main problem because I really wanted to protect my parents’ identity.”

“Dr. Carmichael and other administrators advised me and my parents not to go in person to the IRS office,” says Manny. They were concerned someone would ask questions. “Instead, we found a form to request the transcripts that we could fax in so we could get the transcripts mailed back. It was a long process.”

When all the verification paperwork was in, Manny set up a meeting with an admissions counselor at his college. “He gave me an estimate of the financial aid I’d get, like in the letters other people were getting. I was so relieved and pumped. I told my parents and they were so happy. It was like a weight off my shoulders.”

Manny’s advice: Find someone to guide you

Manny says a counselor can help other students figure out what to do if they’re feeling lost.

“Whenever I was stressed, I’d talk to Dr. Carmichael. She’d say okay, and then we’d call an admissions counselor. Or she would give me a number of somebody to call and say what was going on. She was my biggest connection.”

Manny will be studying biology at Bellarmine University. He plans to go on to medical school and says his parents are happy about what he has accomplished.