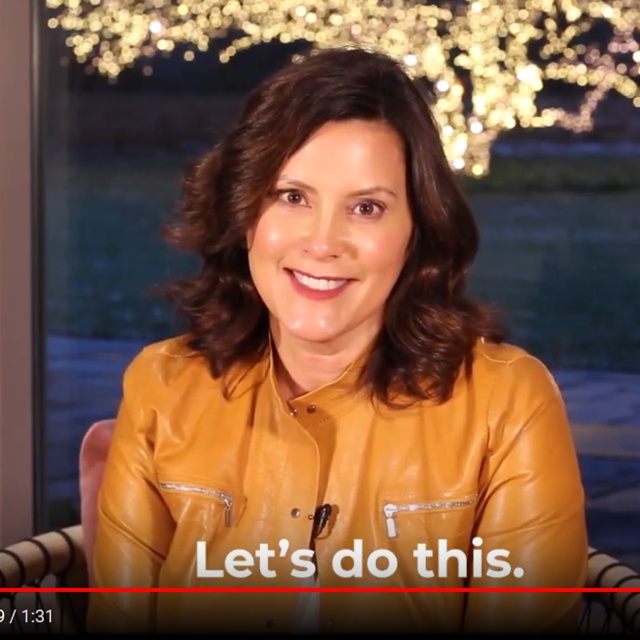 Takeaway: As part of a collective effort focused on FAFSA, Michigan's governor challenged every high school in the state to increase their FAFSA completion rates from the year before, aiming for a 75% completion rate in 2020.

In 2019-20, more than 400 high schools participated in CBMI, which was the highest since we launched these efforts with College Application Week back in 2011. College Cash Campaign runs annually from Nov. 1 to March 1. March 1 is Michigan’s FAFSA deadline.

To participate in the College Cash Campaign schools agreed to the following:

In December 2019, the College Cash Campaign received a major boost from Michigan’s Governor, Gretchen Whitmer. When she had learned that $100 million in federal Pell Grants went unclaimed by Michigan high school graduates, she sought to put more free money in the hands of students in the spirit of making college more affordable. Thus, the Governor’s FAFSA Challenge was launched! That challenge was to every high school in Michigan to increase their FAFSA completion rates from the year before, aiming for a 75% completion rate in 2020.

The FAFSA completion rate in Michigan for the 2018-19 year was 56%. The governor teamed up with the lieutenant governor to record a FAFSA challenge video that was viewed more than 1,700 times via MCAN’s Facebook page. Because of the Governor’s interest, MCAN was able to partner with multiple organizations to show a collective effort: Michigan Department of Education, Michigan Department of Treasury, Student Scholarships and Grants, Department of Labor and Economic Opportunity, Michigan Association of Secondary School Principals, Michigan Association of College Admission Counseling and the Detroit Regional Chamber. Leveraging these connections raised the visibility of the College Cash Campaign.

We also established several milestone goals along the way:

Part of the Governor’s FAFSA Challenge included that three top high schools would be named and would receive a $10,000 cash prize. Ten regional winners would also be selected from across Michigan and would be eligible for a visit to the Capitol and a photo opportunity with Gov. Whitmer.

In early April, MCAN announced the 13 winners of the challenge. Thirty-six high participating schools were recognized as having at least a 75% FAFSA completion rate as of March 1, 2020.

Another major accomplishment was the establishment of a data-sharing partnership with the Michigan Department of Treasury’s Student Scholarships and Grants division, which allowed MCAN to publicly display aggregate FAFSA completion data by high school. These data empowered high schools to have a new level of specificity in their data available at the lift of a finger and encouraged many more schools to process the necessary paperwork to access student-level data to target their interventions and support.

Response During a Pandemic

Once the pandemic forced the closure of K-12 in Michigan, we quickly pivoted to ensure FAFSA completion rates could remain a priority. This pivoting include the following new efforts:

We still have much work to do to reach the goal of 75%. But we are hopeful that 2019-20 demonstrated that with a bold challenge by a governor, an increase in high schools’ participation in the College Cash Campaign, new partnerships, and creative solutions during an international health crisis, we can move the needle and demonstrate that we are changing a culture and behaviors in support of making a postsecondary education both accessible and affordable.